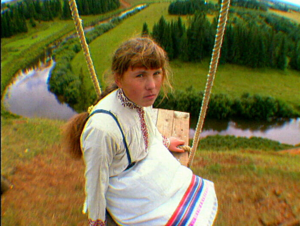 Written and directed by Anatoly Baluyev

The film without dialogues and narrating the commentary. A graphic number consists of the documentary shots which have been removed throughout many years in Komi-Permyak District (Russian Federation).

Born in this district name the native land  Parma. In a literal translation from Komi-Permyak language Parma  –   it is a virgin forest.

Here a catastrophic demographic situation: over the last 50 years the district population has fallen almost twice (inform the viewer about this final credits).

The author of a film himself is the representative of these small people (komi-permyaks belong to the Ural group of Finnish family).