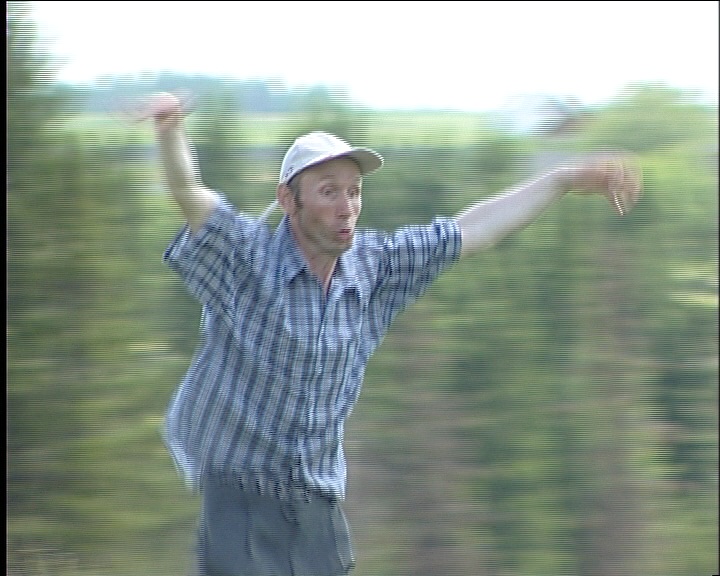 In this documentary, two central characters: 20-years old ballerina Olga, and 40-years old deaf-mute invalid Alexander.
Olga dancing at rehearsals and in scenes from Sergei Prokofiev’s ballet «Romeo and Juliet».
Alexander lives in the village, in the house of his elder sister, he helps her to farm as can.
The ways of protagonists — Alexander and Olga — do not overlap, plus they do not have any family ties.
What, then, joined them in the same movie?
Perhaps the solution lies in the words of an older friend of Alexander — a villager philosopher Anatoly : «The sky above us forever — it’s one for all in the world.»
This poetic film does not avoid social problems, chief among them — a catastrophic decrease in reducing the population of Russia. Unexpected way, this theme is a string of deaths in Shakespeare’s tragedy — the transformation of the ballet «Romeo and Juliet» goes through the entire movie.
The attentive viewer will see many other philosophical and poetic allusions that connect diverse the film into holistic view.